Marina Hotel At The Corinthia Beach 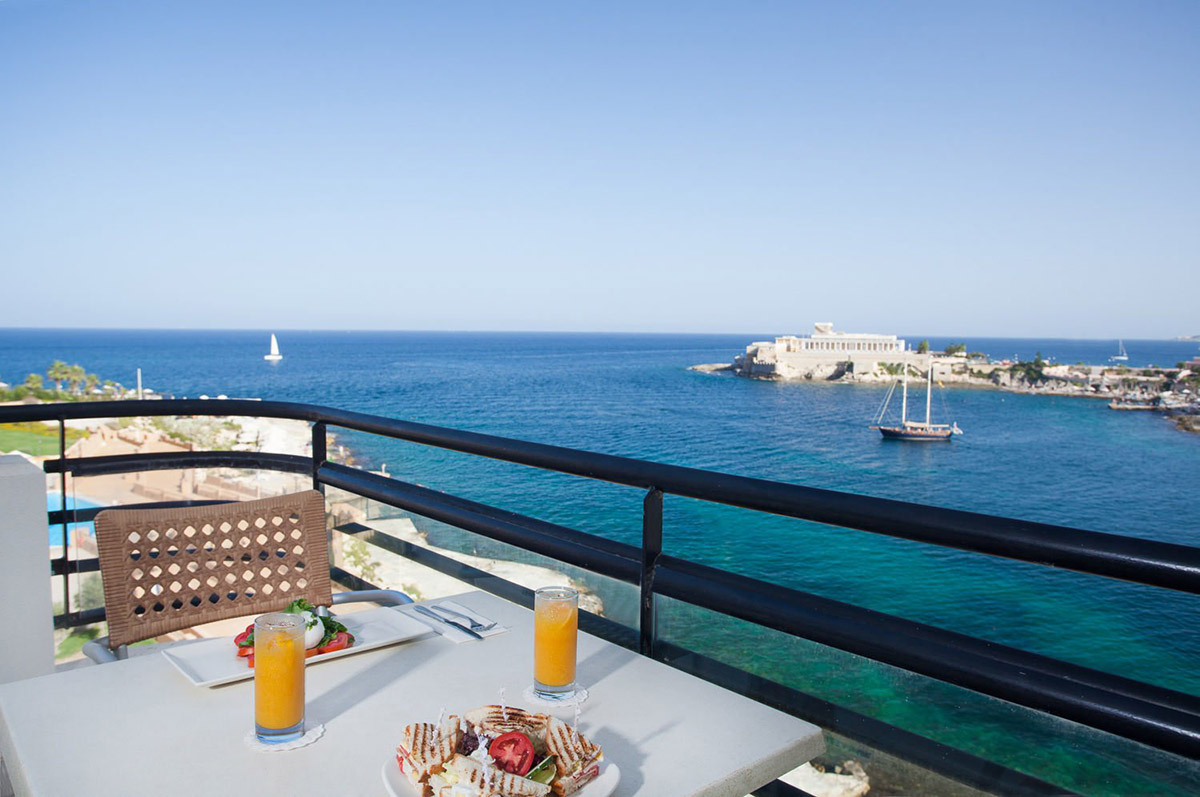 The four star Marina Corinthia Hotel is built on a prime waterfront in St. George’s Bay, St. Julians and is a stone’s throw away from the five star Corinthia St George’s Bay Hotel with which it shares a common beach lido, directly and separately accessible by both hotels.

The hotel, which opened in November 1997, has 200 twin bedded rooms, fifty of which are inter-connecting and ten of which are suites.

All rooms are directly overlooking the sea and have a splendid panoramic view of St. George’s Bay, the Paceville area, the Casino and, in the distance, the Sliema sea front. The hotel has an outdoor pool and sundeck area, which are complemented by the adjacent and extensive beach lido facilities with its fish and pasta restaurant, snack bar, pool, sun terrace and a wide range of water sport activities. 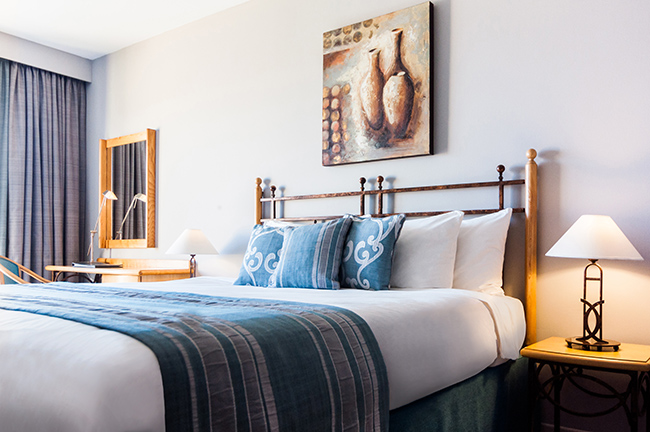 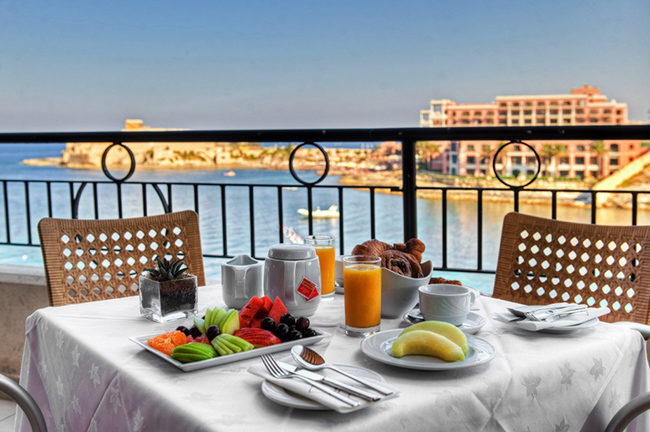 The highlight of this hotel is its excellent choice of dining and entertainment facilities consisting of different outlets, each with its own theme and outstanding interior decor. These are – the main restaurant, the Tapas Bar, the Jazz Bar, a Cheese & Wine Bar and a Gelateria.