Old Infirmary Of The Knights of St. John 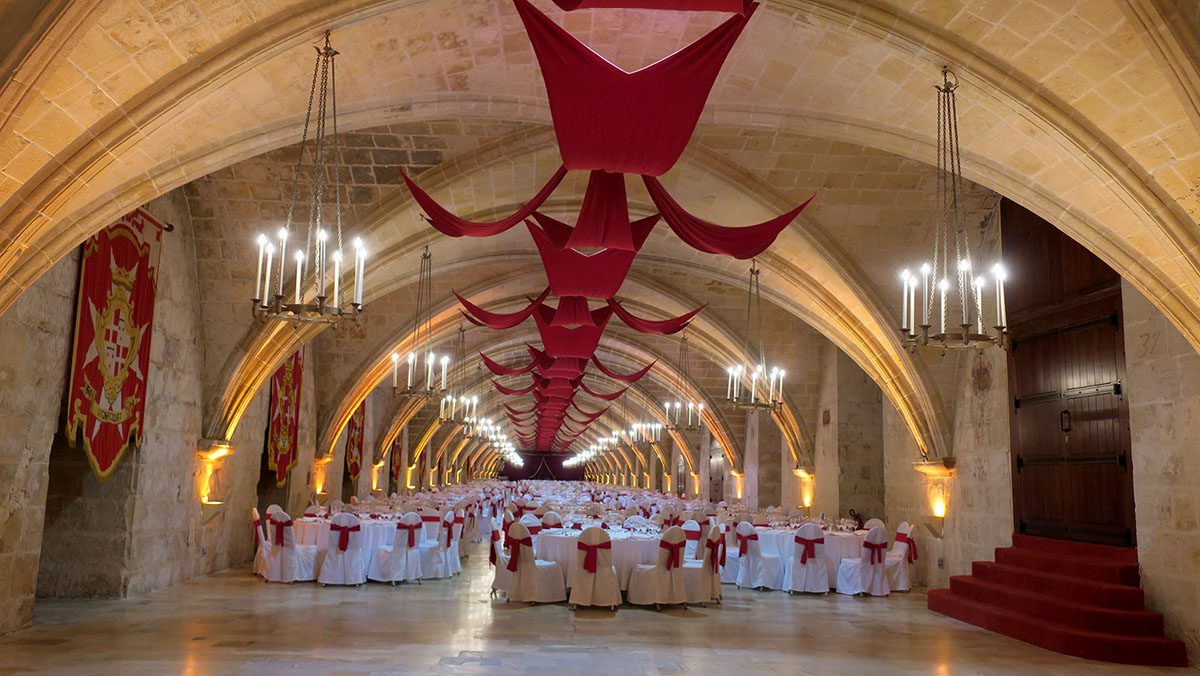 The Mediterranean Conference Centre is Impressive by any standards. Behind its plain facade lie great halls, wide staircase and treasures dating back to 1580.  It is architecturally superb.  Little wonder its restoration and conservation won the Europe Nostra Award.

Of course today it had been adapted to the need of modern enterprise.  After the Great Siege in 1565, the order St. John set about rebuilding and fortifying the Islands.  They had been based in Birgu but, seeing the benefits of the strategic ground where Valletta stands now decided to built a new city there.  They called it Valletta in honour of Grand Master Jean Parisot de la Valette.

By 1574 Valletta had begun to take shape and they laid the foundation stones for the new knights hospital outside Fort St. Elmo.  Originally the sacra Infermeria, the holy Hospital, was built around a courtyard with two wards and series of small rooms.

Nowadays this magnificent hall which is 155 metres long and 11 metres wide is being used to for entertainment, dinners and shows.  While you are in the building itself one can feel that every stone can tell a story while the building echoes with history.