Located on the prestigious and historic St. Barbara Bastions, overlooking Malta’s famous Grand Harbour, Iniala Malta is a bespoke boutique hotel spread over four Maltese townhouses and several ancient vaults, each having been lovingly restored to perfection. From sophisticated minimalism to understated Baroque styles, the hotel is a compendium of unique and innovative design concepts executed on the historical buildings by three world-class design studios: A-Cero from Spain, Autoban from Turkey, as well as Malta’s DAAA HAUS. The result of this collaboration is an eclectic masterpiece that offers guests an unexpected and unforgettable experience.

Maintaining an exceptional level of luxury throughout, Iniala Malta’s 23 rooms and suites cater to all, varying in size from 21 square metre Deluxe Rooms to Signature Suites measuring up to 162 square metres. With Valletta’ quaint East Street on one side, and the impressive Grand Harbour and the fortified “Three Cities” of Birgu, Senglea and Cospicua on the other side, each one of these rooms and suites enjoys authentic and impressive views. While some suites feature their very own plunge pool, the hotel itself incorporates an indoor pool as well as a gym, a yoga room, a spa, an exclusive bar for guests and members only, and the superb rooftop restaurant ION. 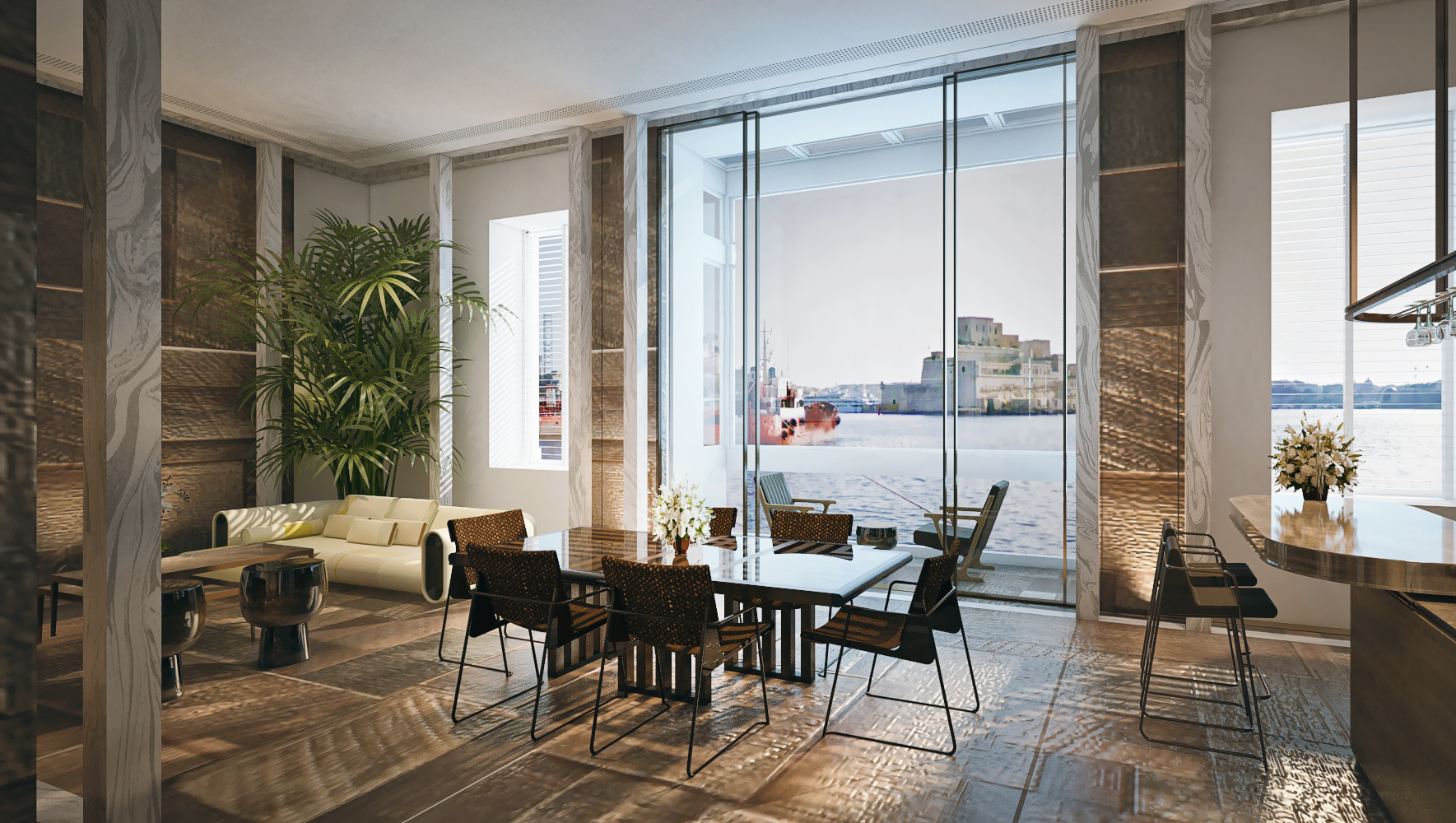