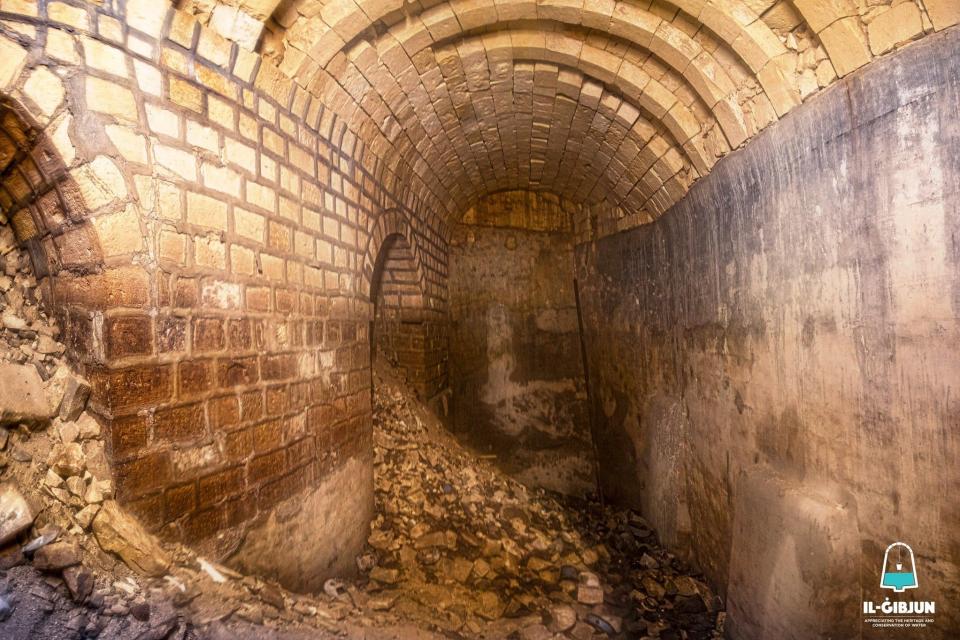 A knights-era water reservoir has been discovered beneath the entrance to St Andrew’s Ditch in Valletta, a few metres down from the Hotel Excelsior.

An opening was discovered by accident on Sunday, and then another was found. Each has a depth of some 7.5m. The structure was found to be one of a number of reservoirs built by the knights for water storage in the fortified city. The structure, however, is in a sorry state with broken slabs and missing arches that have rendered it unsafe and unstable.

The gaping hole that turned out to be the entrance was discovered by architect Ruben Paul Borg who said it appeared dangerous since cars park in the area every day.

The reservoir, although forgotten, had been documented by the British. It had a capacity of 343,000 gallons

Subterranean Valletta has been the focus of recent public attention, with Heritage Malta opening a series of 500-year-old tunnels beneath the city for public viewing.

The tours include another reservoir, right beneath Great Siege Square, that dates back to the 16th century. At the time, owing to a shortage of water, the authorities in the city banned private gardens and required water reservoirs to be built under all houses.

The knights, showing great engineering skills, had built the aqueduct system to carry water from the Rabat area to Valletta, but the system was vulnerable to enemy attacks in uncertain times.

One small freshwater stream does flow into Valletta however. It emerges in the large basement of the Archbishop’s Palace.