SummerDaze Malta is back! 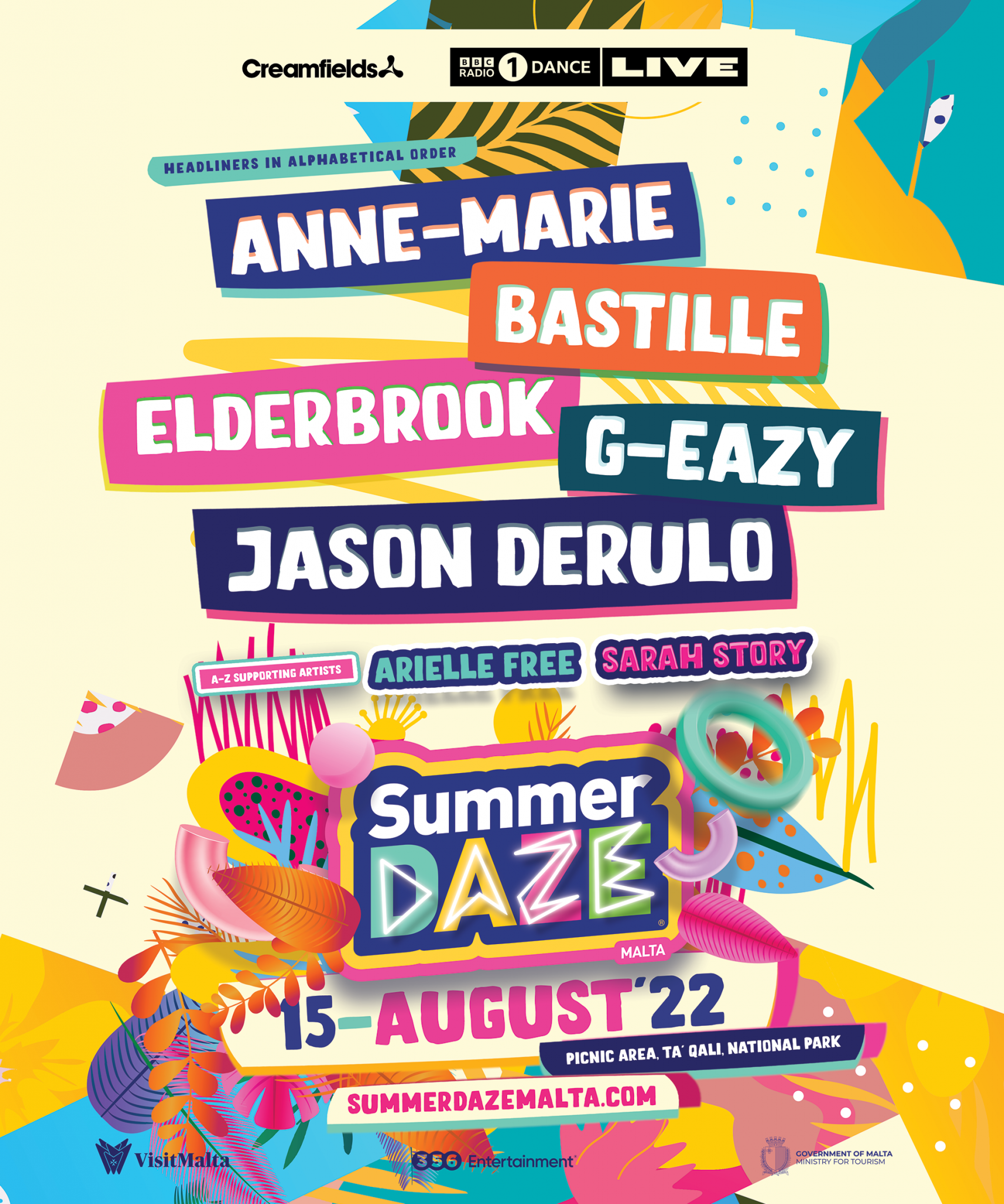 Having become a crowd favourite, SummerDaze Malta is back this August with some of the leading artists in the music industry.

For the 15th of August, the headliners we are expecting are worldwide superstars Anne-Marie, Bastille, Elderbrook, G-Easy and Jason Derulo who will be performing, supported by BBC RADIO 1’s very own Sarah Story and Arielle Free.

On the 17th of August, audiences will be treated to Deejay Times’s Albertino, Fargetta, Molella & Prezioso with Live Performance by J AX, Baby K, Corona, Ice MC and Special Guest performance by Meduza. The show will include Dancers, MCs, host & musicians by Shake It crew.

Tickets for both main events are free but a donation of €3 will be required to cover the cost of a reusable cup that should be used throughout the festival, in accordance with efforts to reduce plastic waste. The remainder of the proceeds will be put towards a donation to the MTA Corporate Social Responsibility Fund. To register, follow the steps on www.summerdazemalta.com.

Supporting these two main shows, a series of satellite events will take place throughout the week. Renowned Italian rapper Ghali will kick off the week-long festival on the 10th of August with a performance at Uno in Ta’ Qali, followed by a pool party at the Bora Bora Resort on the 11th of August. On the 12th, Vida Loca will takeover the island’s Uno nightclub once again, with the best of Hip Hop, RnB and Reggaeton.

On the 13th, the festival will set sail for a boat party around the Maltese Islands. World renowned DJ and producer Sigala will be soundtracking a sunset pool party at Cafe Del Mar on the 14th of August ahead of the main event on the 15th. The penultimate day of the festival will be headlined by Italian rapper Tony Effe on the 16th of August with a beach party at the iconic Armier bay.