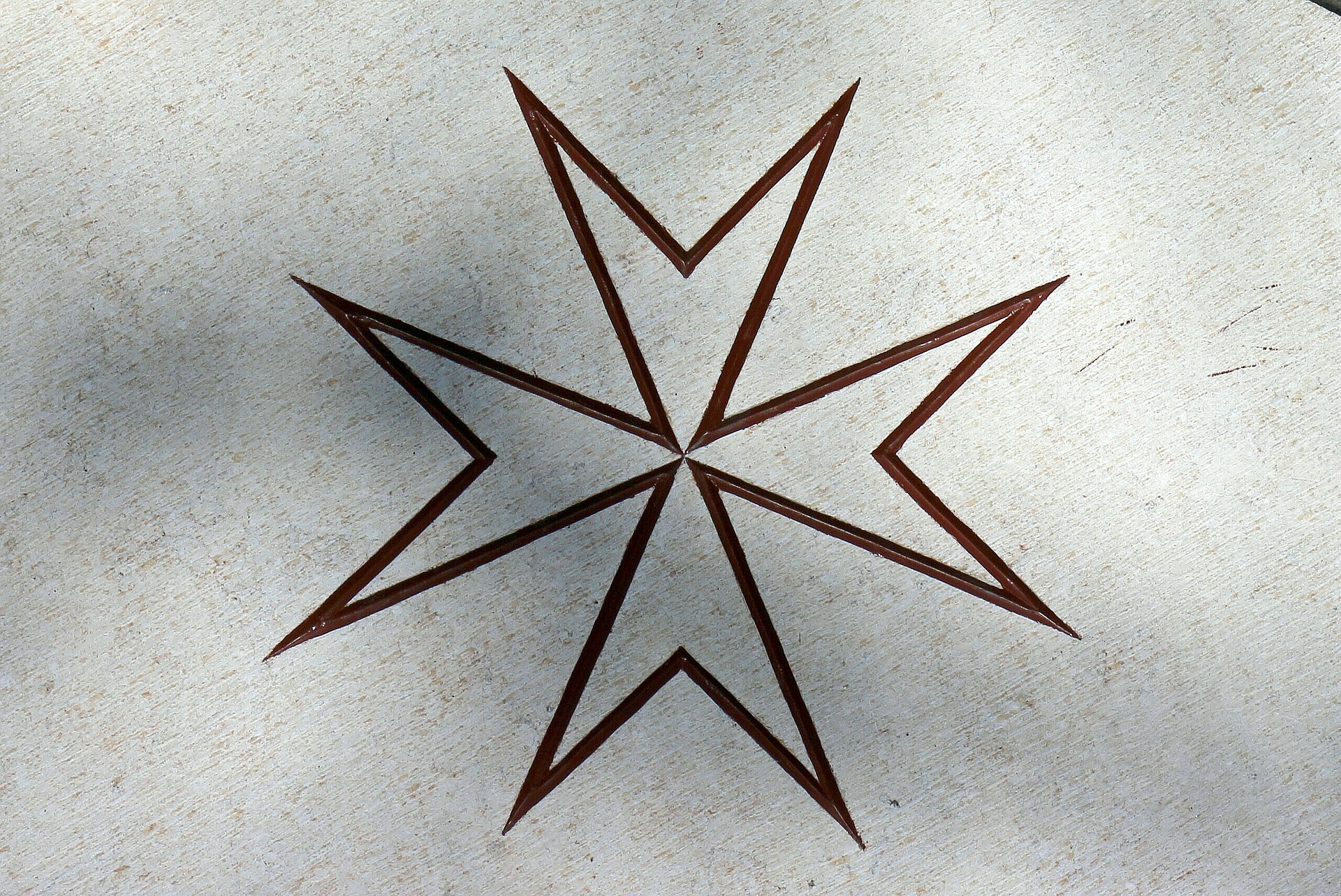 What does it look like?
The shape of the Maltese cross is star-like with four V-shaped arms that are joined together at the tips. It’s frequently used either in black and white or red and white and is symmetrical both vertically as well as horizontally

What’s the history behind the cross?
Although the Maltese cross is most famously associated with the Knights of Malta, as well as Malta itself as a country, it is thought the symbol evolved from a closely resembling cross found on coins minted in Amalfi (an Italian republic) during the 11th century.

What’s the meaning of the Maltese cross?
The Maltese Cross formally adopted by the Knights Hospitallers of St. John in 1126, stylistically owes its origins to the crosses used in the crusades, when it was identified as the symbol of the “Christian warrior”: Its eight points denote the eight obligations or aspirations of the knights, namely “to live in truth, have faith, repent one’s sins, give proof of humility, love justice, be merciful, be sincere and whole¬hearted, and to endure persecution”.
With time, the eight points also came to represent the eight langues (or “tongues”, but in effect national groupings) of the noblemen who were admitted to the famed order, namely those of Auvergne, Provence, France, Aragon, Castille and Portugal, Italy, Baviere (Germany), and England (with Scotland and Ireland).

The Maltese cross remains the symbol of the Sovereign Military Order of Malta, which is still in existence (and active as an international organisation for medical and humanitarian aid) today. As part of its present-day teachings, the cross represents eight beatitudes (or ‘blessings’). A good first aider in service of the Order of St. John is Observant, Tactful, Resourceful, Dextrous, Explicit, Discriminating, Persevering and Sympathetic.