Tips on touring the Blue Grotto 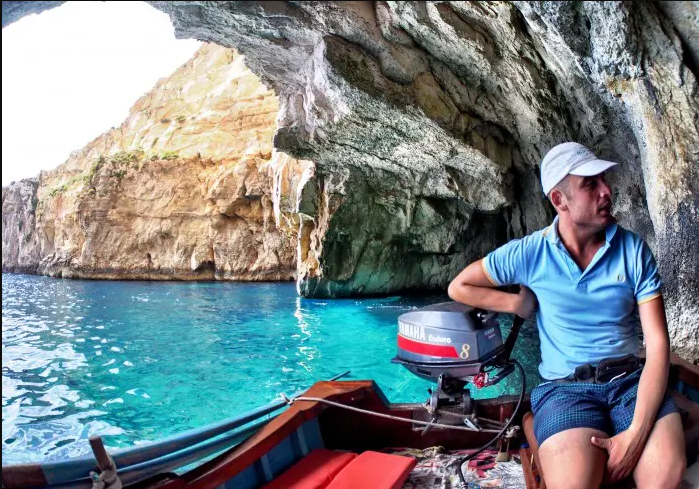 Over 100,000 people flock to The Blue Grotto on Malta’s south westerly point each year, mainly by boat, exploring the caves and arches beneath – and as soon as you clap eyes on it, you can see why.

Both the Wied iz-Zurrieq harbour and Blue Grotto sea caves are located on the coastline opposite to the small uninhabited islet of Filfla which is a bird sanctuary.

The location of the caves lead to the seawater reflecting shades of blue on the cave walls and ceilings. Several caverns also mirror the brilliant phosphorescent colours of the underwater flora, whilst other caverns show a deep dark shade of blue. Underwater, different colors of red, mauve, green, orange and yellow give an impressive picture to visitors.

Make your way down to the tiny harbour village of Wied Iż-Żurrieq, where tours to the Blue Grotto depart. Be sure to pull over at the parking lot and take it all in.

Boat tours of the Blue Grotto in Malta run frequently from Wied Iż-Żurrieq – depending on the weather of course. Head down the boat ramp and over to the kiosk to buy a ticket. From there you’re taken on a tour of the coast including the Blue Grotto. Tours last about 20 minutes and cost roughly €8.

Scuba diving on the nearby scuttled wreck Um El Faroud, and snorkeling along the coastline, together with rock climbing, are the most popular activities practiced here. No need for a boat, you can just jump directly into the water from there.