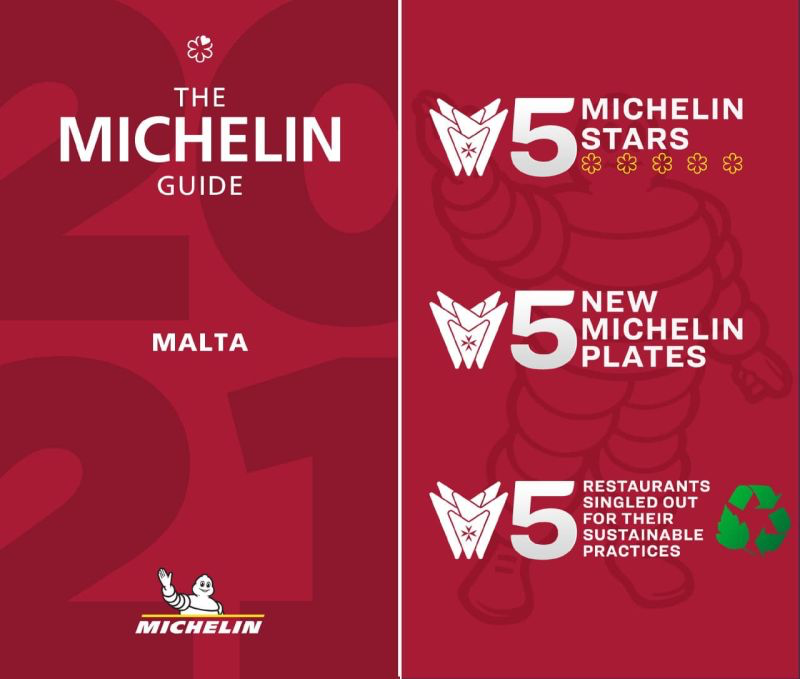 The second edition of the guide features 31 restaurants spread across the islands of Malta and Gozo. The two new Stars are Bahia and ION – The Harbour. These restaurants join existing One Star restaurants De Mondion, Noni and Under Grain.

Five restaurants have also been identified as taking positive steps to work in a more sustainable way, and their entries in the Guide come with one-line descriptions of their inspiring practices. The restaurants highlighted for their ‘Initiatives’ are:

The Harbour Club in Valletta
Noni in Valletta
Briju in Gżira
De Mondion in Mdina
Tmun in Mġarr.

This new Guide builds on the success of last year’s first ever edition of the MICHELIN Guide to the islands of Malta and Gozo. There is no doubt that the standard of cooking on the islands continues to excite; five MICHELIN Starred restaurants out of a total of 31 restaurants is an impressive percentage. It’s also great to witness a growing awareness of positive sustainability practices and we look forward to seeing further development in the coming years.