A weekend on the island of Gozo 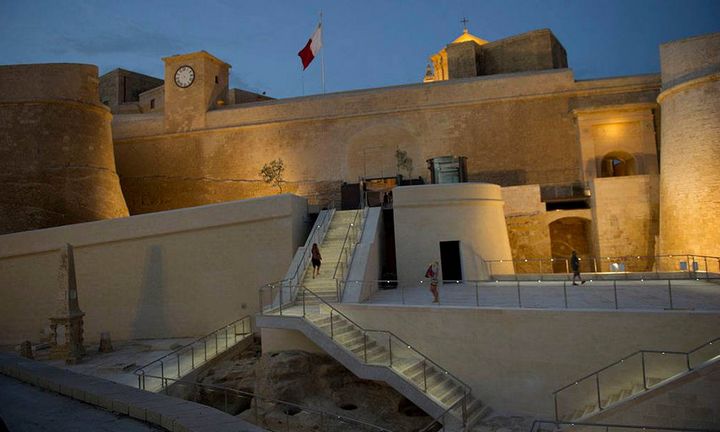 Gozo, known locally as Għawdex is the second largest island of the Maltese archipelago. The island is rural in character and less developed than Malta. It is known for its historic locations such as the Ġgantija temples which are among the world’s oldest free-standing structures, its scenic hills, which are featured on its coat of arms and The Azure Window, a natural limestone arch, which was a remarkable geological feature until its collapse on March 8, 2017. The island has other notable natural features, including Dwejra’s Inland Sea and Wied il-Mielaħ Window. There are many beaches on the island, as well as seaside resorts that are popular with both locals and tourists, the most popular being Marsalforn and Xlendi. Gozo is considered one of the top diving destinations in the Mediterranean and a centre for water sports. Here are the top sites to visit on a weekend trip to Malta’s sister island, Gozo.

Wied il-Mielaħ & Wied il-Għasri
Two of the most beautiful Gozitan sites are Wied il-Mielaħ and Wied il-Għasri. The former is an incredible natural rock formation that arches out over the sea – it’s possible to cycle and walk over it, and there are bolts in place for rock climbing on its near-vertical face. Further east, the narrow inlet of Wied il-Għasri is a great place to swim or snorkel, and you can lounge on its pebble beach when the sea is calm. Hiking between the gorges is also a great option.

Ċittadella
The Citadel, known locally as Ċittadella is the oldest fortified site in Gozo. It is an ancient fortress situated on a hill in the centre of the island and stands tall over the island’s capital Victoria (known locally as Rabat). The fortress we see today was mostly built by the Knights in the beginning of the 18th century and it took the place of a small castle dating back from medieval times. Incredibly, it was still normal practice for all the islanders to take nightly refuge in the fortress until well into the 17th century.

Ġgantija Temples
Officially recognised by UNESCO as the oldest freestanding buildings in the world, the imposing Ġgantija Neolithic temples, just outside Xagħra in Gozo, are over 5,500 years old–that’s 1,000 years older than Stonehenge or the pyramids in Egypt. Thanks to an extensive preservation effort, the temples are among the best preserved historical sites in the Maltese Islands.

Excavated in 1826, archaeologists believe that like other Neolithic sites on the islands, Ġgantija was a temple complex dedicated to a fertility deity, a theory supported both by the layout of the temple (which resembles the shape of a fat woman) and also by artefacts found on site such as numerous female figurines and statues.

The real technique used to erect these magnificent structures remains unknown. Studies have unearthed a number of spherical stones which led to the supposition that the temple builders rolled the impressive blocks of stone on these spheres to get them into place. However, it is uncertain how they managed to place them together.

Dwejra
Dwejra, with its dramatic coastal formations and sea spilling over the rocks, is a magical attraction. Here you can swim in the spectacular deep sea of the bay, in the calm shallows of the inland sea or in the foamy waters around the Blue Hole – one of Gozo’s top dive-sites.

Dwejra is also home of the Fungus Rock or, as it is locally known, “Il-Ġebla tal-Ġeneral”, General’s Rock. It is so called in remembrance of the Italian General who centuries ago fell to his death while supervising quarrying in the area. History tells us that a special plant believed to have medicinal and healing properties used to grow on Fungus Rock and because of this the Rock used to be heavily guarded during the era of the Knights of Malta. Anyone caught stealing the crop was sentenced to death or to a life rowing the Knights’ galleys. The crop was picked and brought to the mainland using a primitive system of baskets and pulleys.