Dinosaurs spotted in Valletta! Trailer for Jurassic World 3 is out! 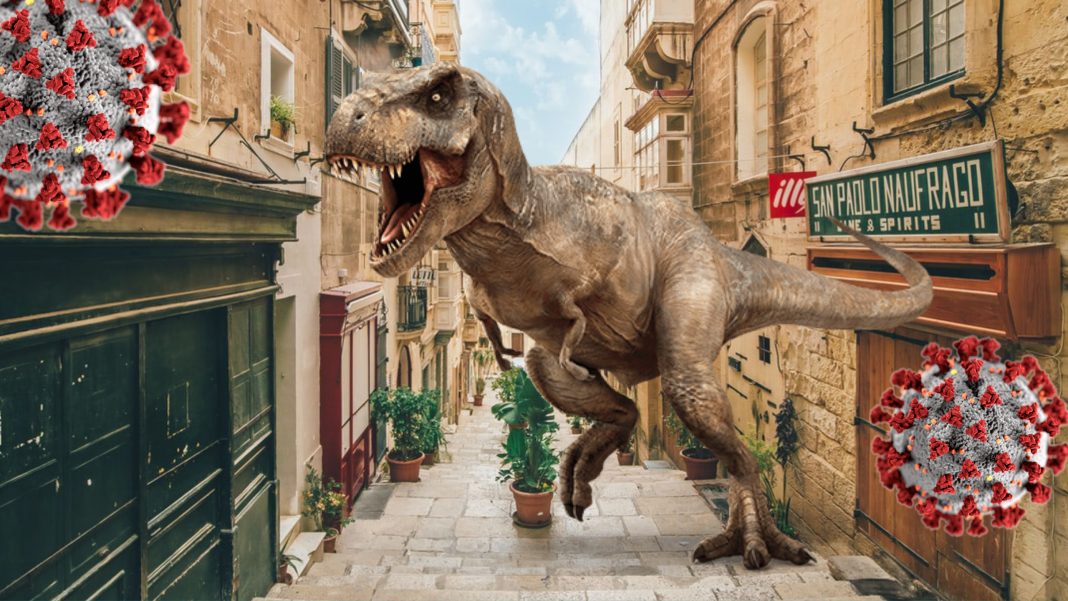 The official trailer for Hollywood blockbuster film Jurassic World Dominion has been released. The blockbuster movie was partly filmed in Malta in summer 2020.

The filmmakers used various locations around the island, including the capital Valletta, where a motorbike chase around the streets of the city and St George’s Square sees raptors chasing the film’s heroes.

The film was expected to be released in cinemas in June 2021  but was delayed due to the COVID-19 pandemic.

The movie was filmed in locations in Malta, Vancouver, Hawaii and London’s Pinewood studios.

Jurassic World signalled a return of large budget movies to the island. In 2016, Assassin’s Creed and 13 Hours: The Secret Soldiers of Benghazi were also partially filmed in Malta.

The move will premiere in cinemas on 10 June.

“Jurassic World: Dominion” is set in the present day, around four years after “Jurassic World: Fallen Kingdom.” Following the destruction of the Jurassic World theme park, genetically engineered dinosaurs were auctioned off by companies and released in the human world.

Cast members of the original “Jurassic Park” series will also return in the film — including Laura Dern as Dr. Ellie Sattler, Sam Neill as Alan Grant and Jeff Goldblum as Ian Malcolm.

In the trailer, there are dinosaurs wandering free in a wintery tundra and swimming in the ocean as humans look on warily.  “Human and dinosaurs can’t coexist. We created an ecological disaster,” Dern says in the trailer, which is a keen observation that should have been apparent five movies ago.

“We not only lack dominion over nature, we’re subordinate to it,” says Goldblum.

Colin Trevorrow and Emily Carmichael co-write from a story by Derek Connolly and Trevorrow, who also directs. The film is from Universal Pictures and Amblin Entertainment. Trevorrow, Steven Spielberg and Alexandra Derbyshire executive produce, with Frank Marshall and Patrick Crowley as producers.