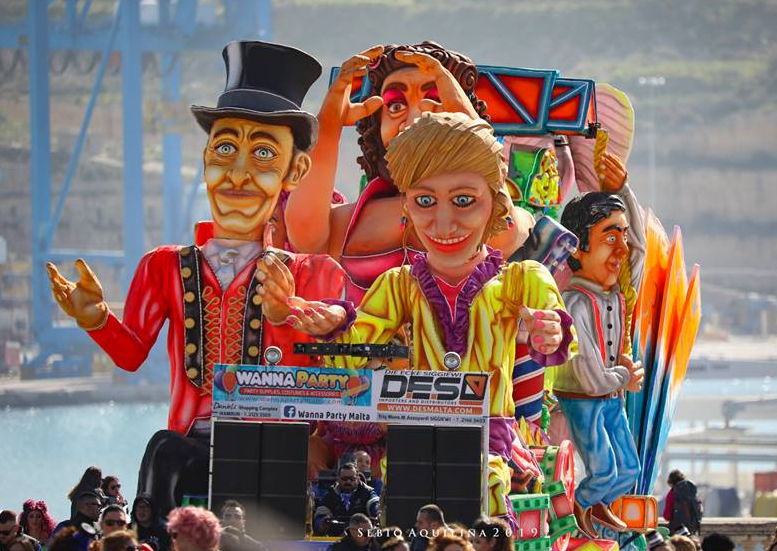 The Maltese really let their hair down in the revelry of Carnival few days before the beginning of Lent. Malta’ traditional Carnival is a treat alike for the Island’s inhabitants and for the ever increasing number of tourists. This three day festivity was introduced in Malta 1535 under Grand Master Pietro del Ponte, five years after the Knights took over the Island. The main celebration takes place in the capital, Valletta, but in every town and village children dress up in colourful clothes to camouflage their identity. The Valletta parata (parade) is very spectacular, including King Carnival followed by many floats of a high professional standard. Until some years ago, Carnival was also the event of the year for dances and masked balls. This type of entertainment during Carnival had an old tradition behind it. Under the Knights the Auberges remained open and were delightfully decorated. The burning of King Carnival on the last day of the festivities also survived, up to some years ago.