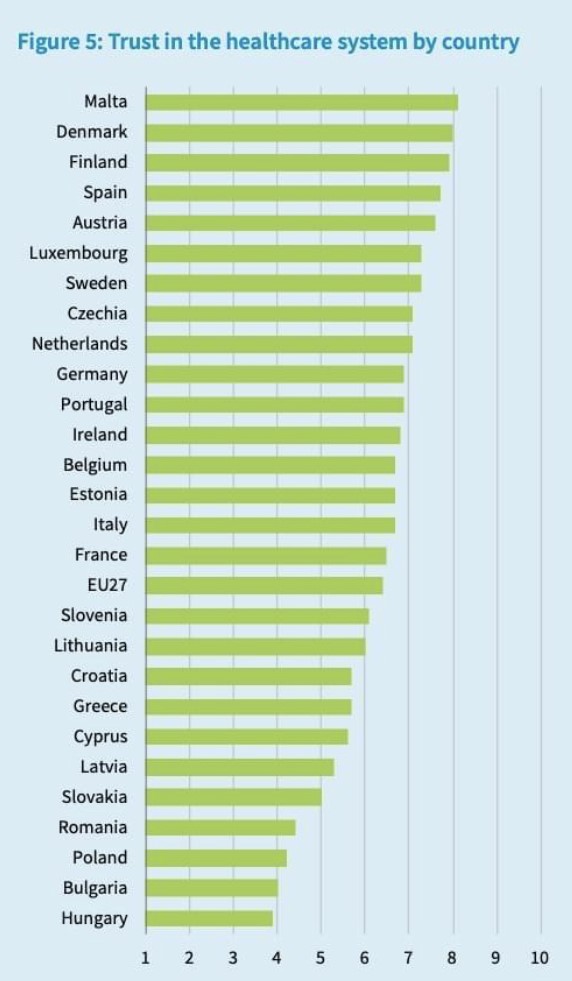 After the first month of response, the World Health Organisation had already considered Malta as “a model country” in dealing with Coronavirus. Earlier this week Minister Health Chris Fearne announced that Malta ranked as the most trusted healthcare system in the whole European Union.

France and Italy, two of the most robust healthcare systems in the world, placed just a little over the EU27 average when it came to trust. To this day, Italy has recorded the second largest number of deaths in the continent, following the United Kingdom.