18 Top Places To Visit In Malta 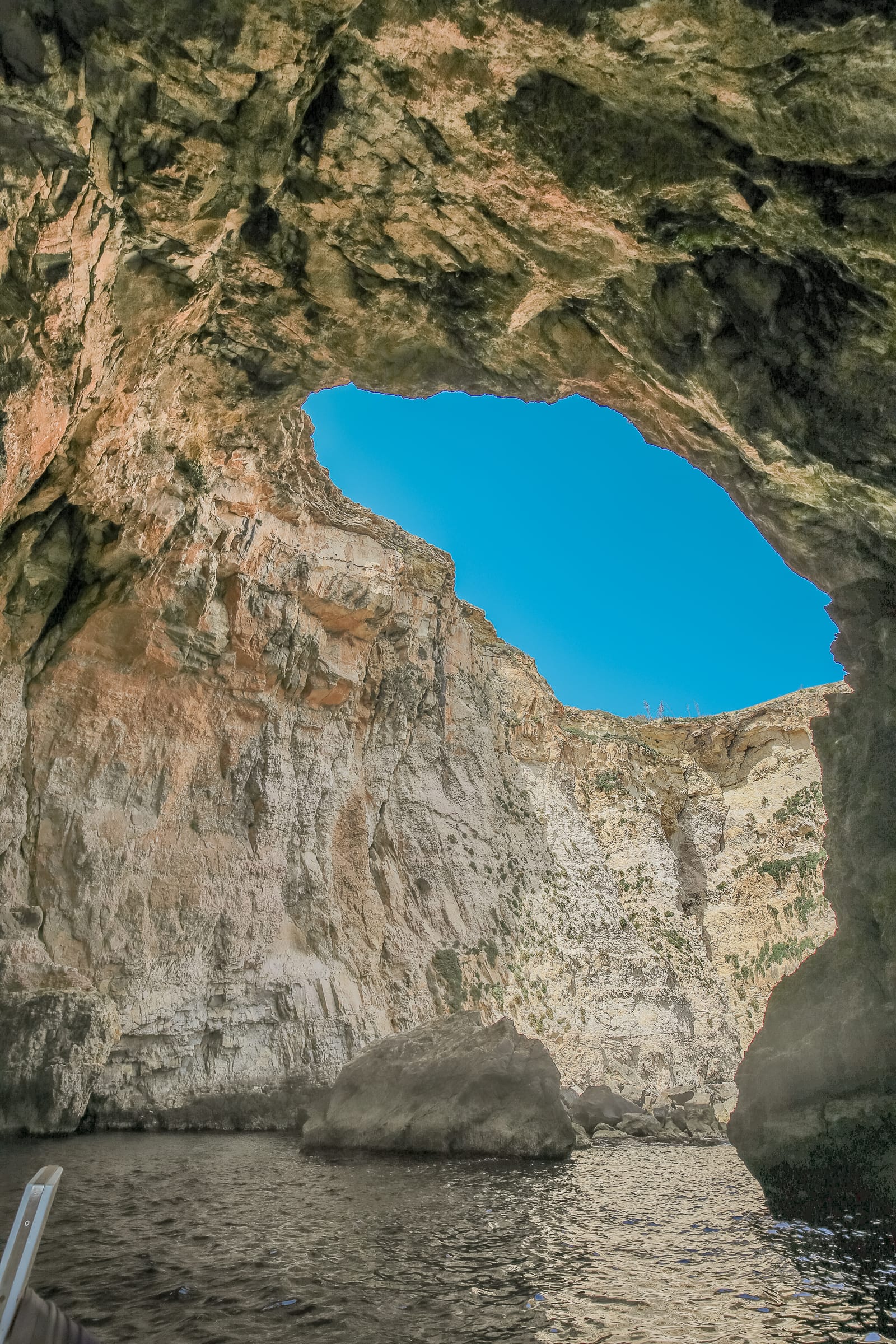 1.) Dive to see the fallen Azure Window, Gozo
Sadly, one of Gozo’s most famous natural sites, the Azure Window collapsed in 2017, when a storm on the island, causing the huge arch to drop into the sea. If you’re an avid diver, you can visit the magnificent Azure window arch that crashed into the ocean. It’s one of the best places in Malta to go for this. Make sure to only go on an organised dive and listen to local advice, this underwater landscape is new and still forming.

2.) St Joseph’s Church, Msida, Malta
Not too far from the centre of Valletta, St Joseph’s Church is a gorgeous Roman Catholic church to visit in the small harbour town of Msida. If you’re visiting in July, make sure to coincide it with the town’s feast of St. Joseph. It’s one of the best places in Malta to see during the feast.

3.) Popeye Village, Malta
You can’t visit Malta without seeing the original Popeye Village. It’s a quirky and a tiny bit tacky little village that was built for Popeye the film and has stayed on the island ever since.

4.) Hike across Malta or Gozo
Now, this sounds more strenuous than it actually is. Near Popeye Village is Għadira Natural Reserve (this is where the island of Malta actually narrows to about 500 metres in width and) where you can walk from one side of the island to the other, in literally 30 minutes!
However if you want a proper hike, the Girgenti Walk is beautiful and takes in lots of historical sites. It really is one of the best places in Malta if you love a good ramble.

5.) See Ta’ Pinu Basilica, Gozo
Located a good 35-minute walk from Għarb on Gozo, Ta’ Pinu Basilica is a Roman Catholic minor basilica and national shrine. The church is dedicated to the Blessed Virgin of Ta’ Pinu. The basilica is located in open countryside which allows visitors to enjoy beautiful views of the area and is of great national importance to Gozitans everywhere.

7.) See the sunset at Senglea harbour, Malta
Take a bus or watertaxi to Senglea centre and walk north to the fort at the penn’s tip from where there is a great view of the Grand Harbour and Valletta. Make sure to visit the Senglea Harbour area around sunset, when the sun lights up the cobbled buildings with its beautiful orange glow.

8.) Visit the Upper & Lower Barrakka Gardens, Malta
The Upper Barrakka Gardens are one of the best places in Malta to get a view across the Grand Natural Harbour. As the highest point of the historic walls, you’ll get to peek out across the harbour from a completely different perspective. The Lower Barrakka Gardens house a picturesque monument to Sir Alexander Ball, which is a prominent feature in the form of a neoclassical temple located at the centre of the garden.

9.) Visit the Blue Grotto, Malta
The Blue Grotto is perched on the southern end of Malta and easily reached by boat or seen from above. It’s quite easy to arrange a boat from most hotels and from Valletta itself. The Blue Grotto actually refers to a number of sea caverns on the south east coast of Malta, a short distance off the fishermen’s harbour of Wied iż-Żurrieq limits of Qrendi, Malta. The location of the caves, combined with the rays of sunlight, lead to the seawater mirroring and showing numerous shades of blue on the cave walls and ceilings. Due to the caves location and the morning light, this time of day (morning) showcases a unique mix of incredible blues and underwater scenery that’s transformed with the morning sunlight. After about 1 pm the effect is not quite the same, so make sure to plan your time well.

10.) Go inside the Rotunda of Mosta, Malta
If you haven’t made it to Rome, you should definitely visit the Rotunda of Mosta as it was designed and modelled after the Pantheon itself. What most people don’t know is that the Rotunda is actually the third largest unsupported dome in the whole world and well worth seeing in person.

11.) Explore Valletta, Malta
The whole city of Valletta has been awarded UNESCO World Heritage Status and it’s easy to see why.
Valletta’s 16th-century buildings were constructed by the Knights Hospitaller. The city was named after Jean Parisot de Valette, who succeeded in defending the island from an Ottoman invasion during the Great Siege of Malta. The city is noted for its fortifications, consisting of bastions, curtains and cavaliers, along with the beauty of its Baroque palaces, gardens and churches. Take a walk around the cobbled streets and wander through this architecturally stunning capital that looks like it’s out of a movie set.

12.) Find Ħaġar Qim, Malta
The Megalithic temples of Ħaġar Qim are one of the oldest and most precious historical sites on earth, dating as far back as 3,600BC. That’s well over 5,000 years old! Make sure to visit the Northern Temple, the Women’s Temple and the Main Temple itself. Although the site isn’t Machu Picchu with its awe-inspiring vistas, it really does have a history that dates back much further than most other pre-historic temples and is a great UNESCO site to experience.

14.) Gardjola Gardens, Malta
Located at the tip of Isla, the Gardjola Gardens have unobstructed views of the harbour and Valletta and are a must-visit instragram photo spot! Make sure to keep a lookout for the sculpted ears and eyes that are carved on the tower that watch over the island.

15.) Hike the shores of Dingli Cliffs, Malta
One of the highest points in Malta with over 250 metres above sea level, the Dingli Cliffs are well worth the stroll, especially around sunset. Get ready to enjoy scenic, towering cliffs featuring panoramic views and a chapel, which marks the area’s highest point.

16.) Explore Rabat and Mdina, Malta
With well over 4,000 years of history, head to the sleepy streets of Mdina and Rabat for a wander around one of the oldest settlements on the island. Mdina is in fact, one of Europe’s finest examples of an ancient walled city and extraordinary in its mix of medieval and baroque architecture.

17.) Swim in the Blue Hole, Gozo
The Blue Hole is right next to the fallen Azure Window in Gozo and well worth taking a dip in whilst in the area. If you’re a keen diver, you can book yourself on a tour underwater, deep down this amazing geological formation. It’s totally stunning to see from both above and below, so choose whatever takes your fancy.

18.) Go inside Fort Manoel, Malta
Built in the 1800s, Fort Manoel is one of the best places in Malta to see the fortified history of the country. Perched overlooking the Mediterranean Sea, this historic place was also one of the filming sites for Game of Thrones. Once you enter, don’t forget to visit the piazza and chapel inside the fort, too.