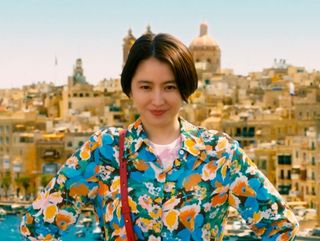 Originally a TV show on Japan’s Fuji Television, Confidence Man JP follows the comic journey of a scammer as she tries to make do with copious amounts of money from yakuza bosses and evil businessmen. It is a comedy-heist series, which goes down a treat with all those who watch it.

The movie is the third in its series and it promises to be a multi-billion blockbuster like its two predecessors, which were filmed in Hong Kong and Malaysia, and the fact that this movie was now filmed in Malta, with the Island appearing as itself, will help to expose the beauty of the country to Japanese, Chinese and South Korean Tourists.

“Having this movie shot in Malta is definitely a big plus for the Asian Market,” Mr Shingo Endo, VisitMalta’s Japan and South Korea representative said, adding that with group bookings scheduled to start in June 2022, “we will continue to use this movie and its success to promote the sheer beauty of the Maltese Islands, giving tourists the opportunity to visit the various sites which have been used for the filming of this production.”

Although the movie is currently set for Asian release, there are plans in the pipeline to have it also available on streaming platforms, especially after the recent success of non-mainstream productions in the English language on giants like Netflix and Amazon Prime.

The movie production received the support of the Malta Film Commission and of VisitMalta, who were crucial in organising the pre-production visit to the Maltese Islands, when the movie was still in its early stages.