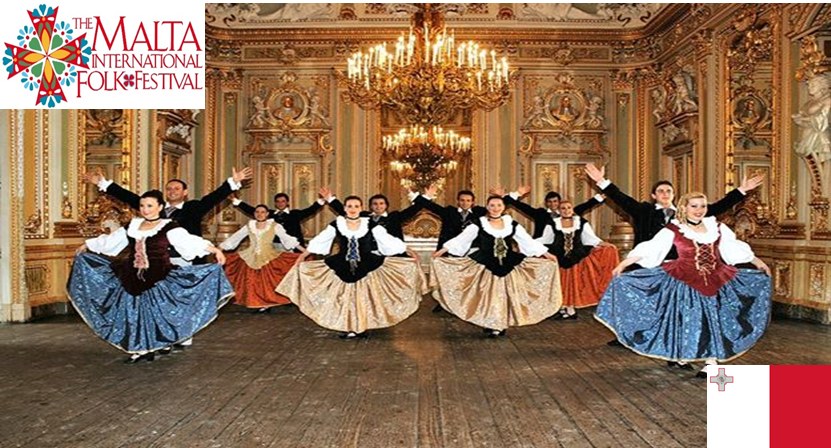 Due to its position in the center of the Mediterranean, Malta has been a crossroads of exchanges and peoples for millennia, which over time have formed the cultural and identity of the island. Different folk traditions will meet once again in Malta through this event for a mutual cultural exchange and enrichment.

The first two editions of this festival, organised by EuroArt Production and Leon Promotions, were a huge success with the participation of several groups from several European countries, such as Italy, Austria, Spain, Estonia, India, Latvia, Lithuania, Poland, Serbia, Slovakia, Bulgaria, Turkey, Russia and of course from Malta and Gozo. This year the festival will be held between the 23rd and 25th September. During the 3 days of this International Festival, parades and performances will be held in various locations around the island of Malta.