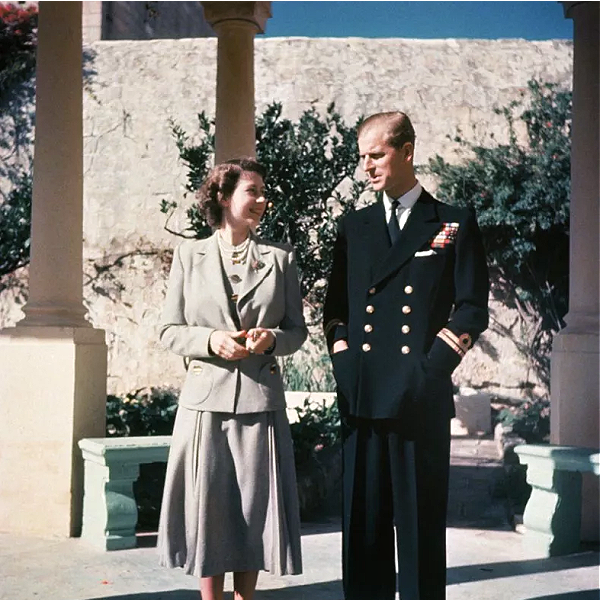 It was one of their first marital homes and a place where the then Princess Elizabeth and her husband Prince Philip were able to live a relatively ‘normal’ life as husband and wife, before the sudden death of her father, King George VI, changed their lives forever. Now, Villa Guardamangia is set to be transformed into a museum, after falling into disrepair in recent years,

The couple lived in Malta for two years between 1949 and 1951, while Prince Philip was stationed there with HMS Magpie. An 18th century limestone villa in the style of a summer palace, Villa Guardamangia was loaned to the couple by Philip’s beloved uncle Lord Louis Mountbatten, who rented it from the Schembri family. It was said to hold very happy memories for the couple, who looked back on their carefree time there fondly later in life. The Queen was a ‘regular’ naval wife, shopping in her Morris Minor and taking boat trips around the archipelago, while her husband worked hard in the Navy, one of his great joys, and a career that was cut short by his wife’s ascension to the throne.

The building was purchased in 2020 by the government and entrusted to Heritage Malta. The conservation and reconstruction works are already taking place but the main rehabilitation works are planned to start by the end of the year 2022 and are planned to last for the next 5 years and cost around €10mil to bring the villa back to its former glory. Conservators are currently working on the 1st floor uncovering the original wall paintings. This project will see the former royal residence transformed into a museum, exploring both Britain’s link to Malta (which gained independence in 1964) and will recreate what the house looked like when the royal couple lived there.

‘It’s in a very dilapidated state,’ Kenneth Gambin from Heritage Malta, told The Telegraph. ‘We’ve had to prop up the façade because it was threatening to collapse in places. We will have to replace some walls. It needs extensive work, it’s been falling to pieces for the last few decades. We calculate that it will cost somewhere between €5m and €10m and I would say it will be closer to the higher figure.’